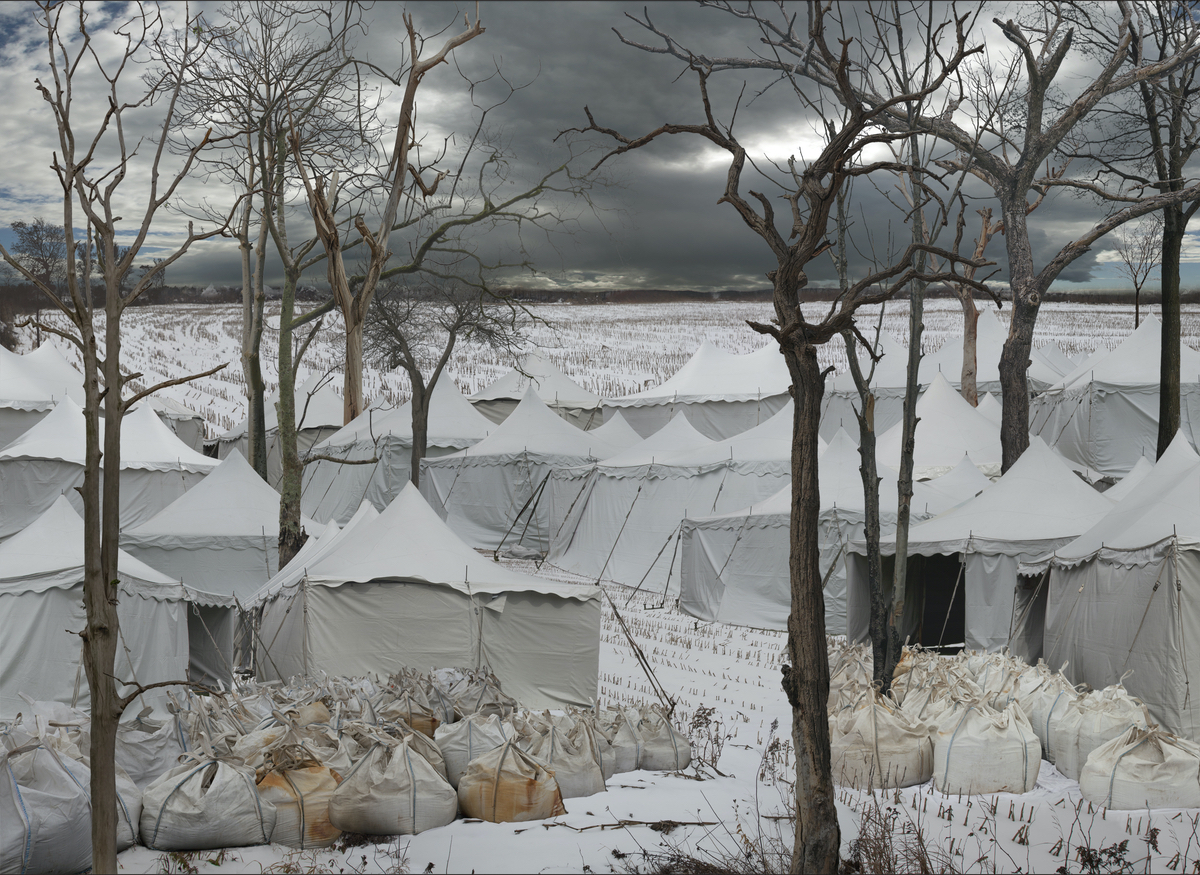 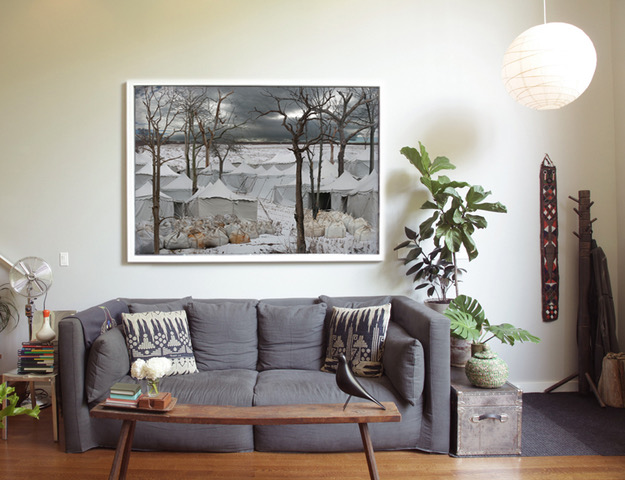 This photo is a composite of over 65 different photographs taken in different locations during different times of the year in the North East territory of the United States. Originally, Goicolea had photographed these iconic tents because he was attracted to the multitude of uses and connotations embodied in the white drapery of their symbolic forms. They are traditionally erected for celebratory parties and weddings, but they are also used as refugee processing and detainment centers, as well as barracks, temporary housing, and quarantine facilities.

During the initial period of self-quarantine in the ongoing Covid-19 crisis, the tents took on a new and more familiar resonance for him. As hospitals in NYC reached capacity, they began constructing similar tents in Central Park. What he had initially imagined as a somewhat fantastical, Bruegel-Esque landscape of temporary structures became a reality in his city.

Other works by Anthony Goicolea 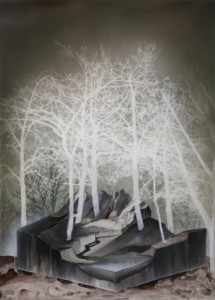