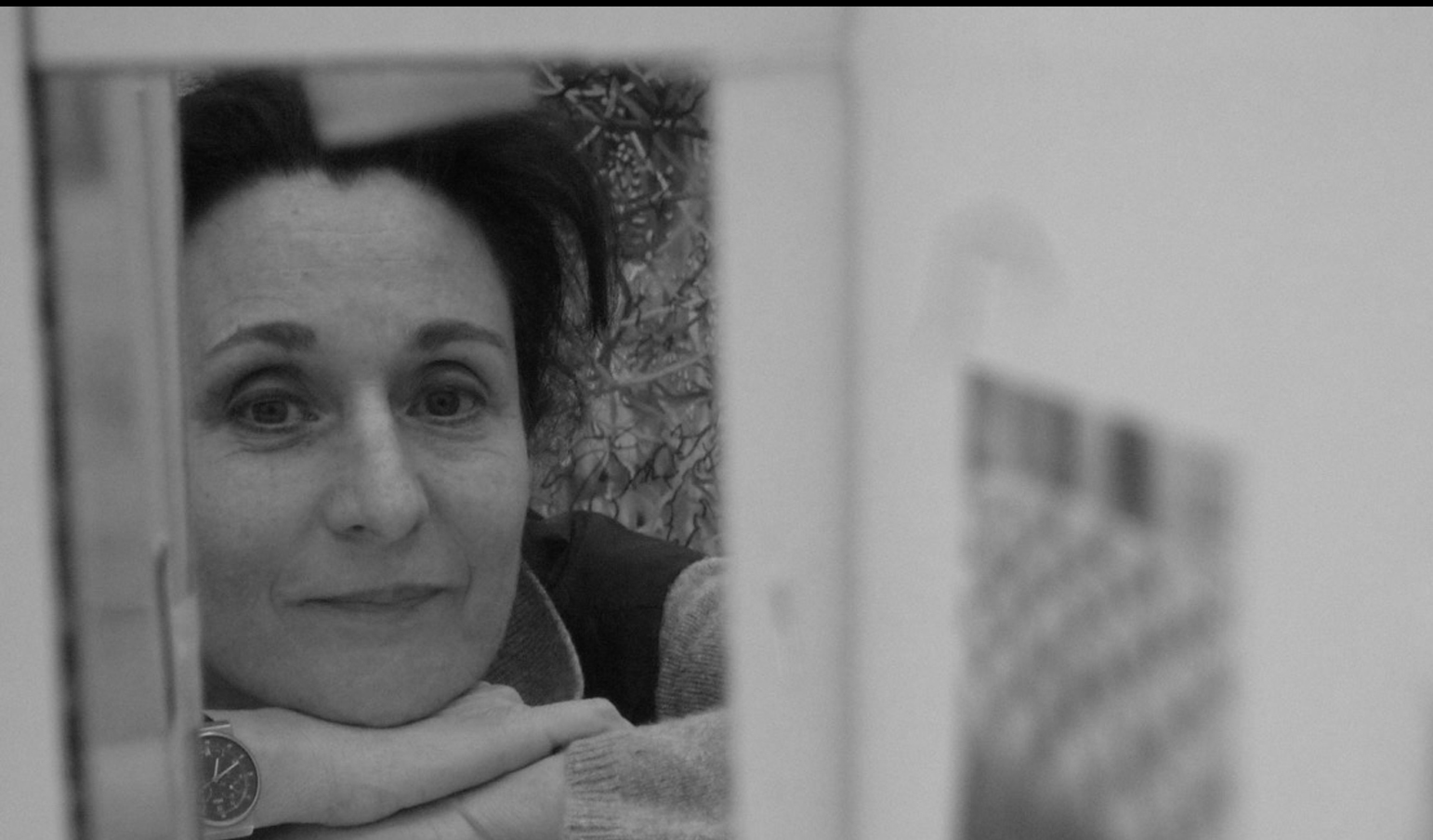 Karin Kneffel was born in 1957 in Marl, Germany.
Lives and works in Düsseldorf and Münich, Germany. Karin Kneffel, after completing her studies at the Academy of Arts in Düsseldorf in 1987, worked as a lecturer and visiting professor at various universities in Germany and Iceland. Her work has been exhibited throughout Europe and on both coasts of the United States. She shows portraits of animals, fruits, flowers, burning flames, tapestries, textiles, and everyday objects that burst into the picture, presenting a majestic radiance and surprising materiality, yet drawing the viewer into the piece. Kneffel presents a virtuous reality which suggests her technical perfection. The way in which she chooses to frame the motifs, her special form of perspective, and the thoroughness in determined details, colors, and textures, overcome mere reality and elevate her works to creations of high artistic voltage. 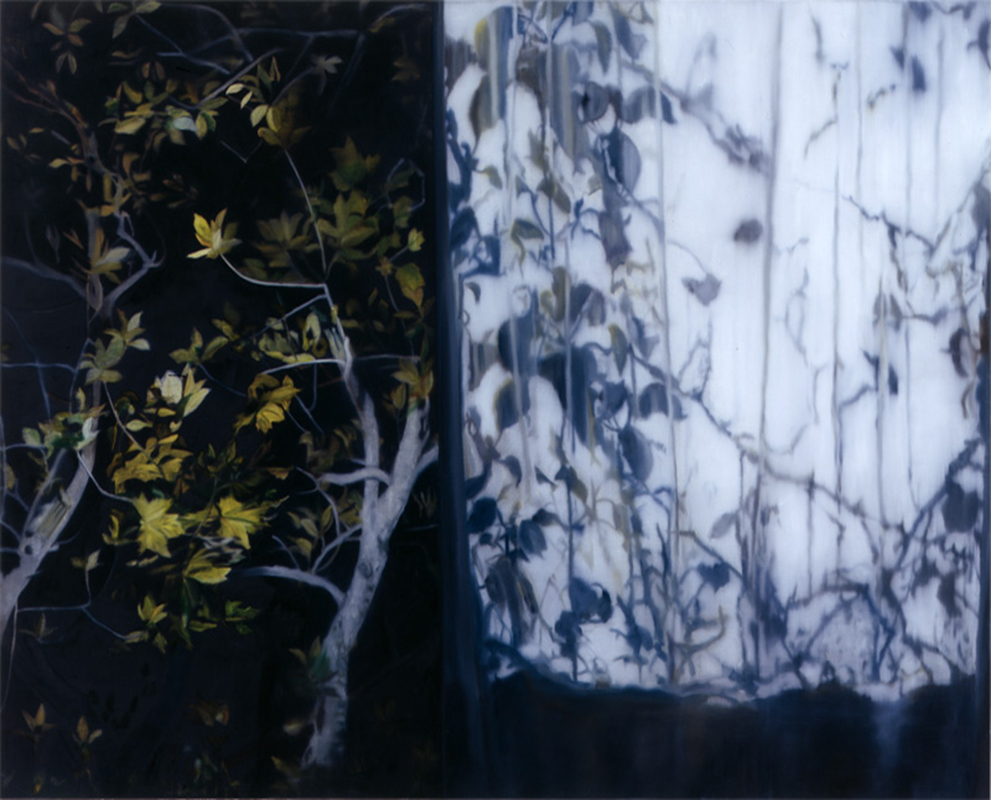 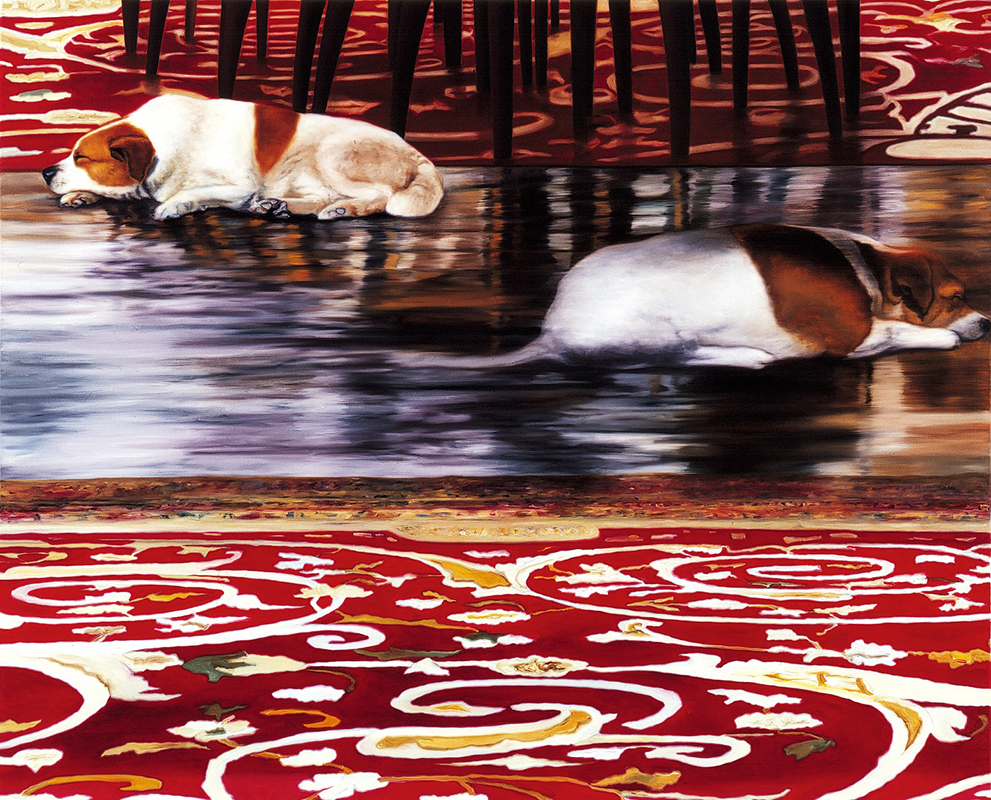 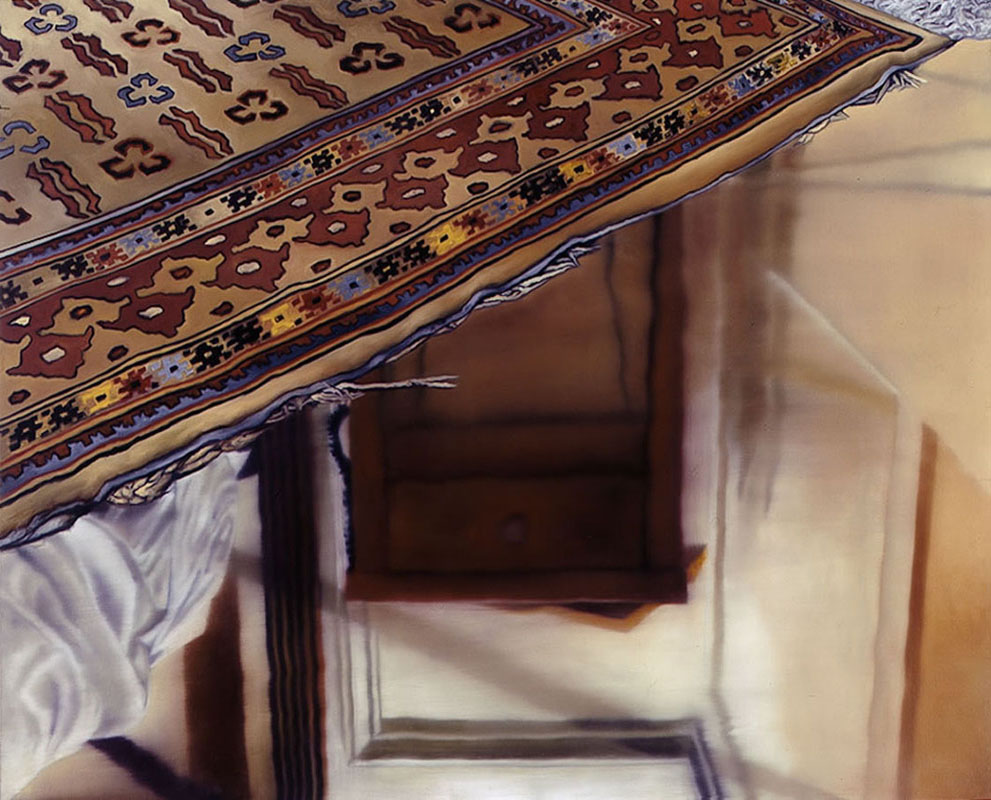 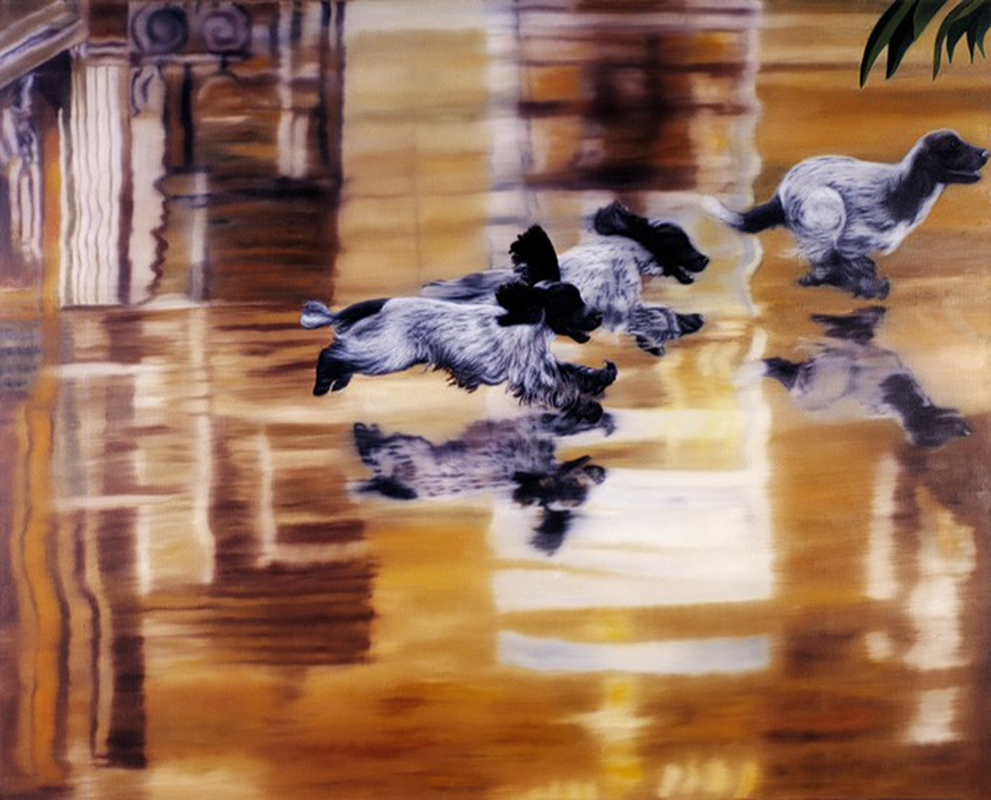 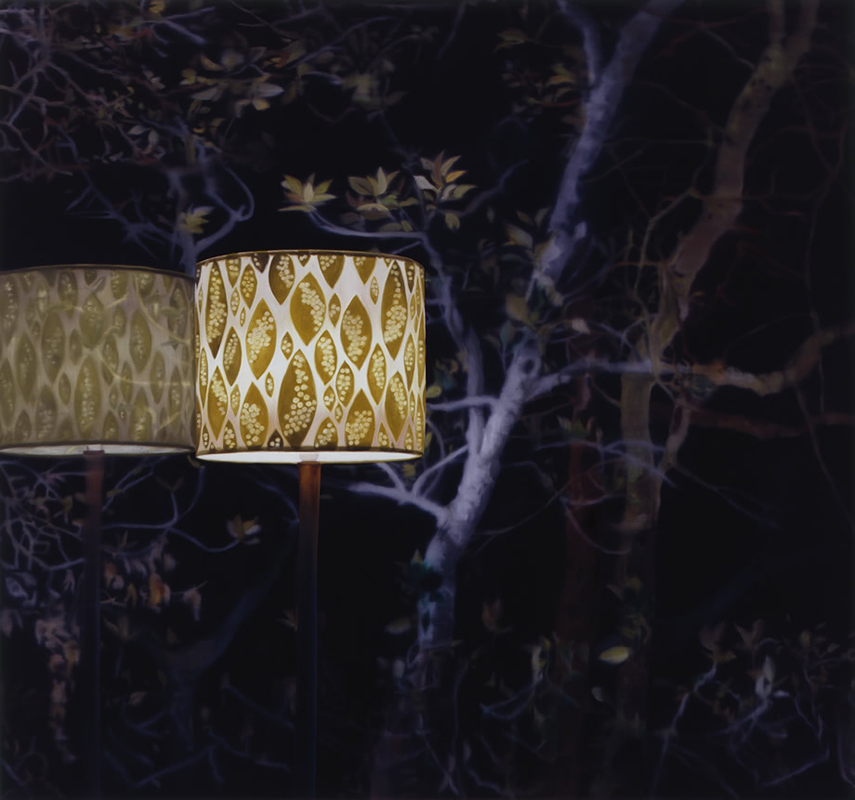 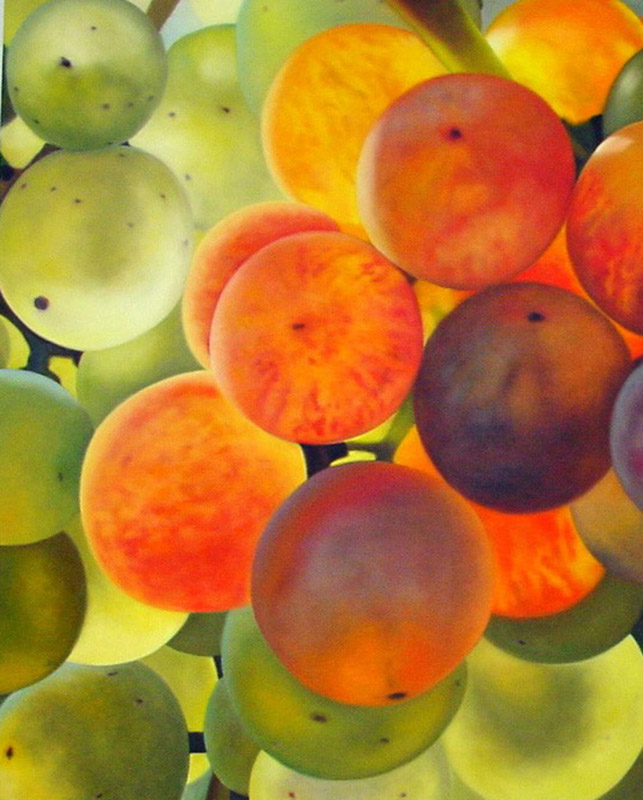 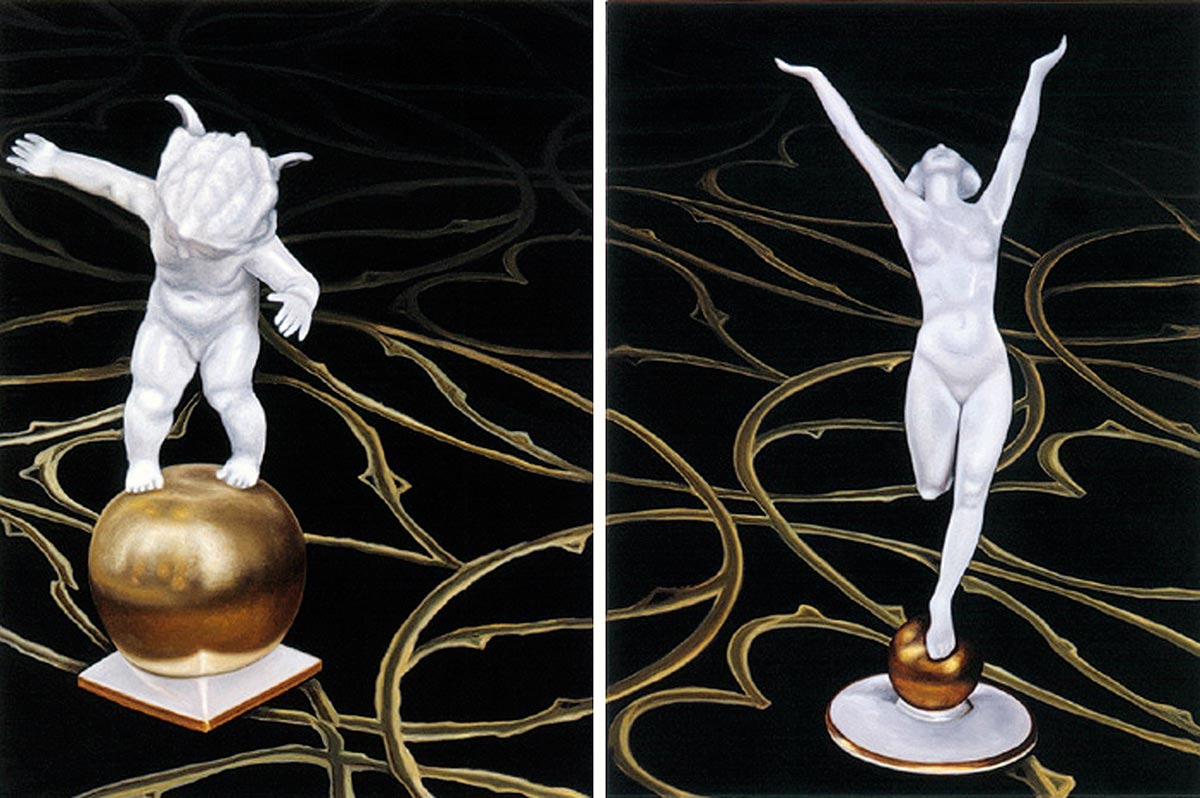 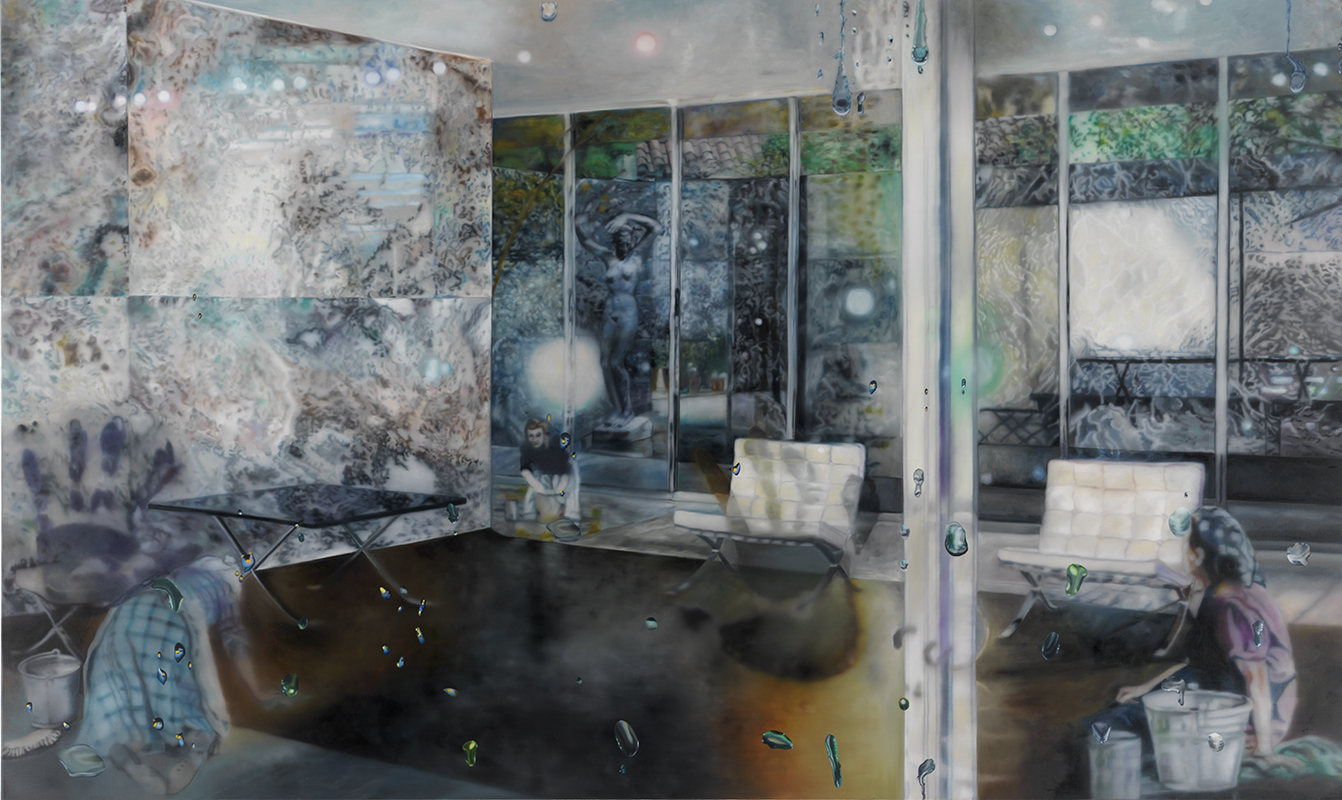 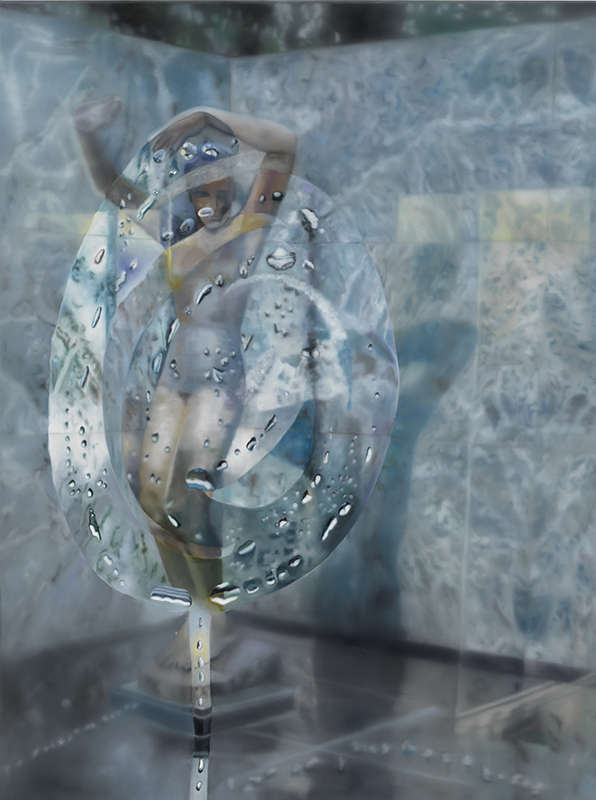 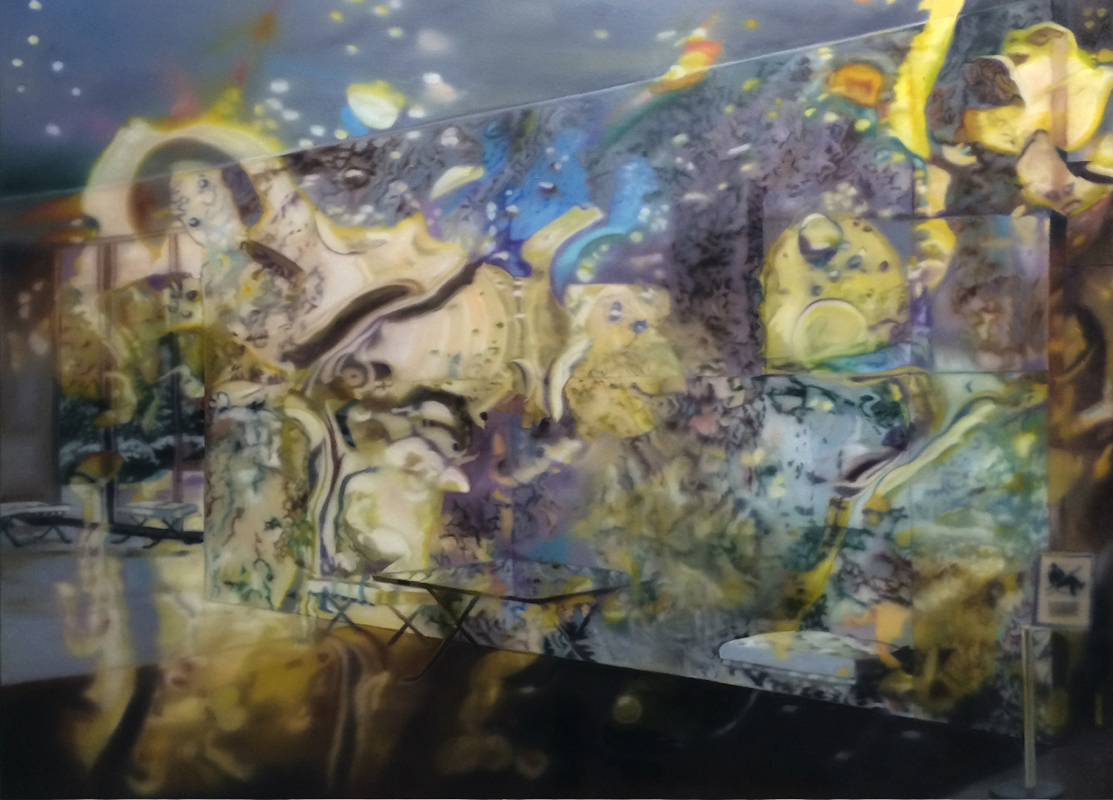 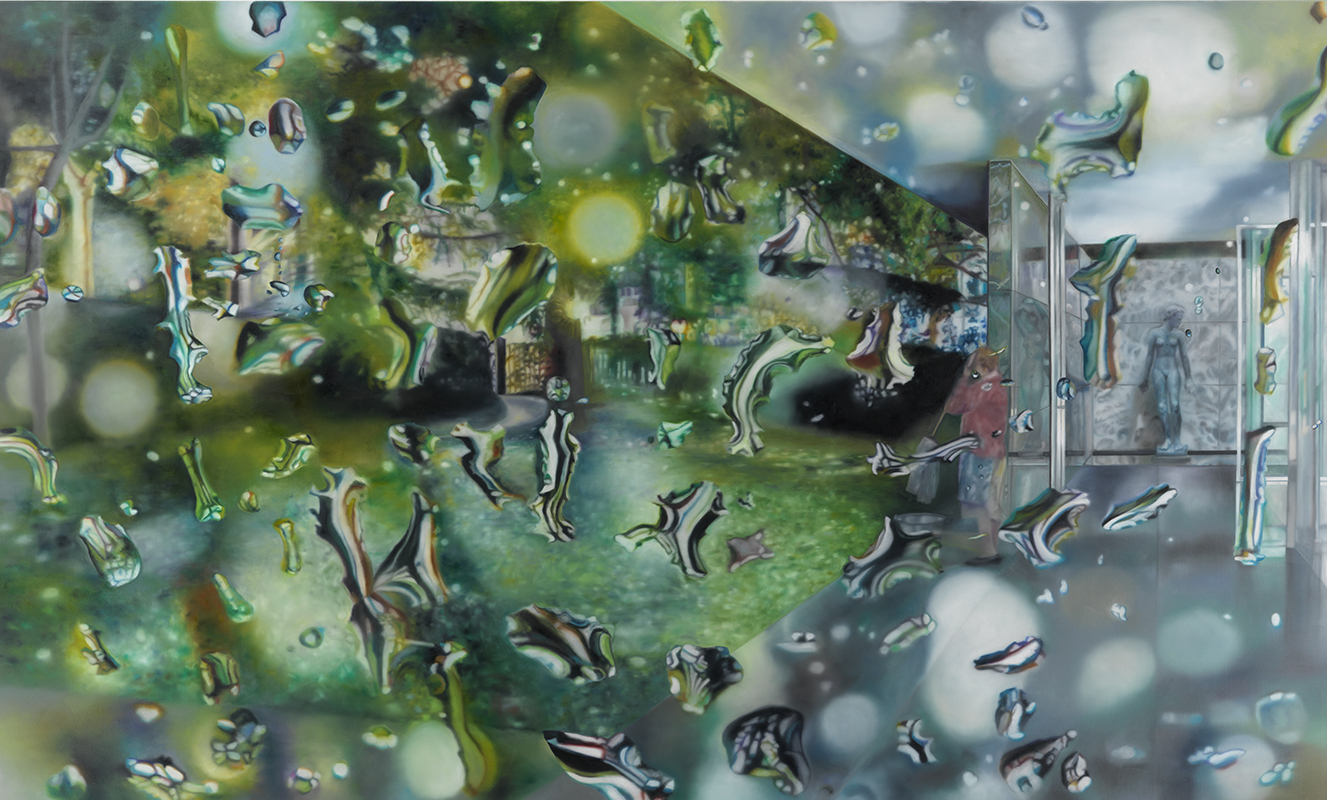 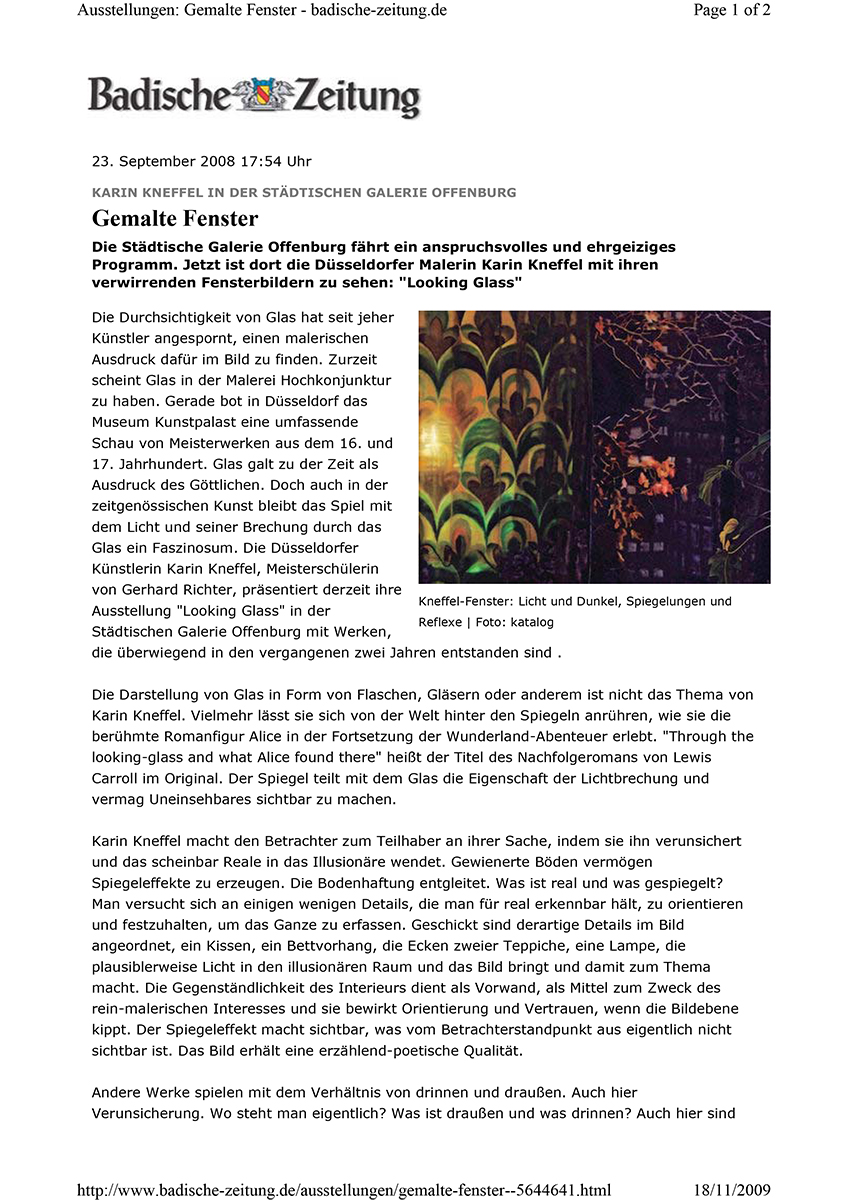 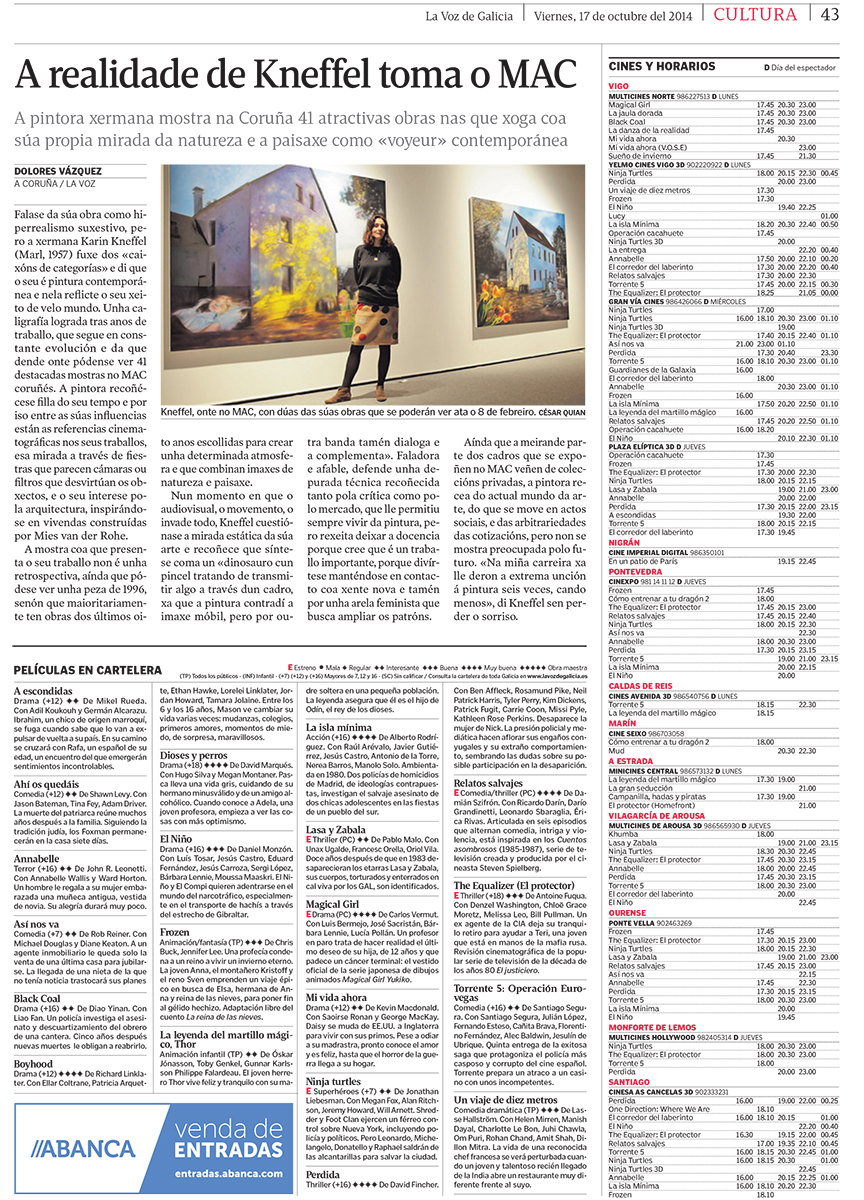 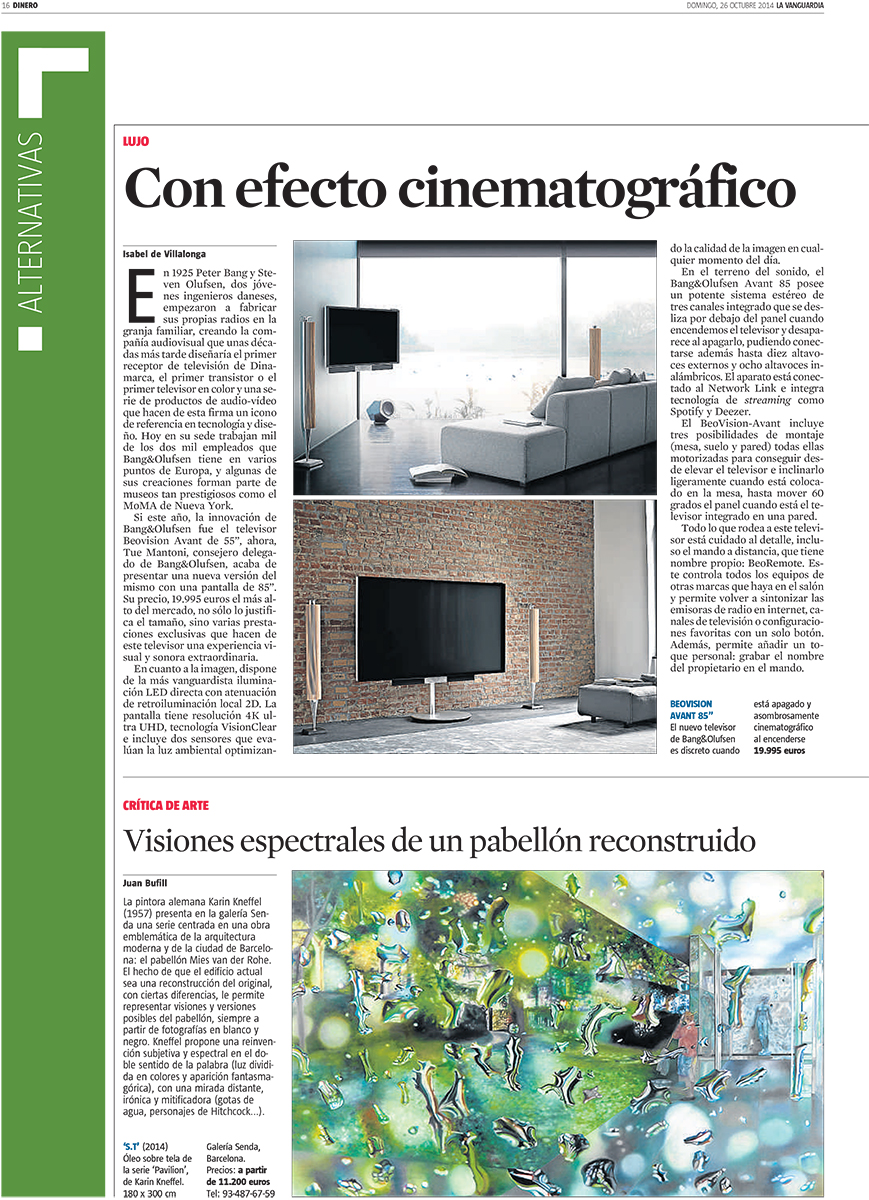