Mina Hamada born in 1981 in Louisiana, USA.
Zosen Bandido born in 1978 in Buenos Aires, Argentina
They live and work in Barcelona. Mina Hamada was born in the United States and raised in Tokyo. In 2009 she moved to Barcelona, ​​where she began experimenting with large-scale graffiti and murals. Her work is characterized by improvised and organic forms in soft, warm colors. Hamada's fresh and brilliant drawings invite us to the artist's subconscious, a world of dreams that combines West and East, a young spirit and deep philosophy. In 2011 she met Zosen in a mural intervention and they began to collaborate creating art through a global lens. Zosen, one of the most powerful brands in Barcelona in terms of urban art and skate culture. Its colorful, vital, and geometric universe with influences from Latin American folklore reflects its experiences and memories. Zosen's paintings immerse the viewer in his vivid metaphors. The artist creates his mythology, overflowing walls, and canvases with fantastic characters that reveal his thoughts about what is happening in our world. The soft and genuine forms of Mina Hamada interact harmoniously with the multi-colored characters of Zosen, transmitting their good vibes from the open figures. 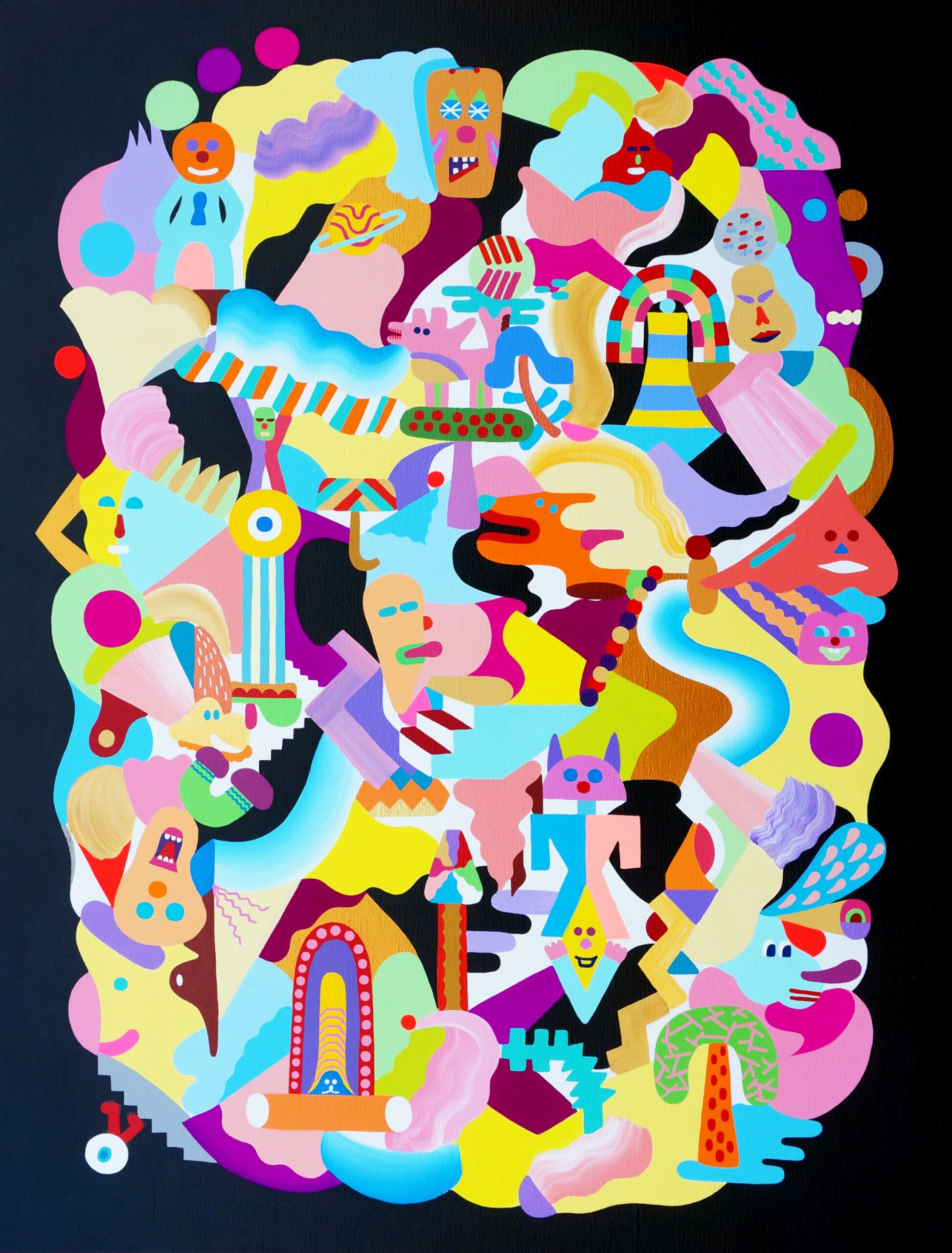 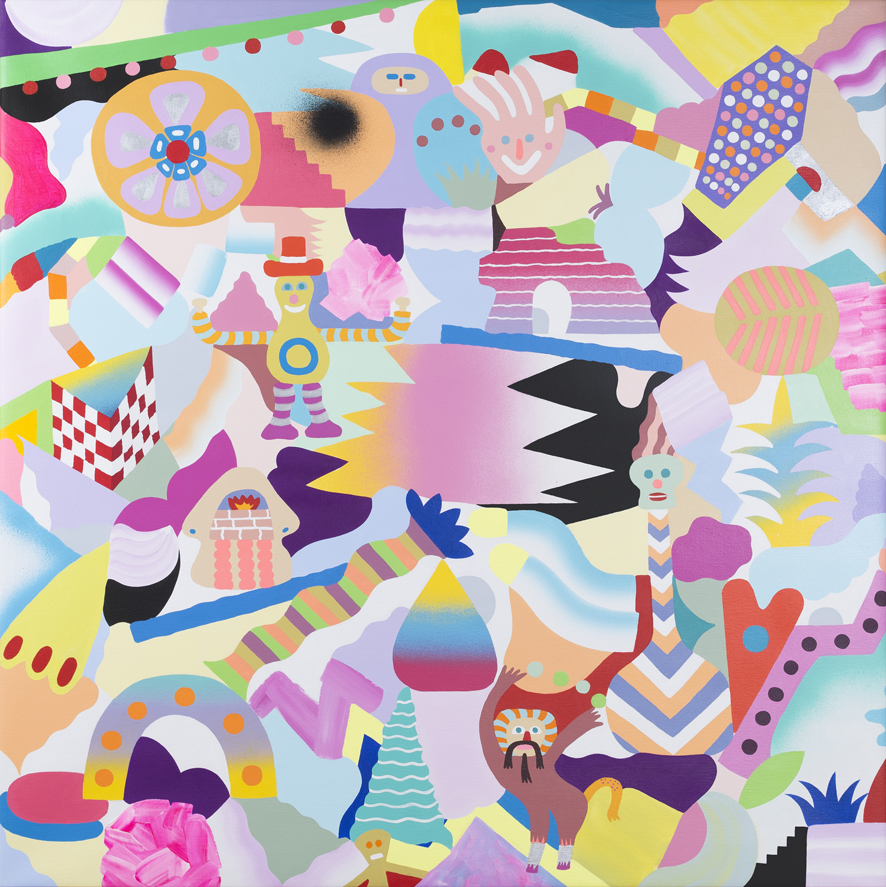 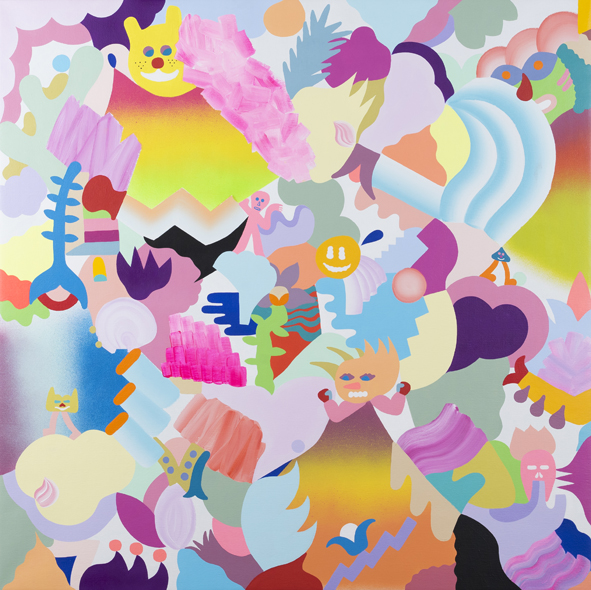